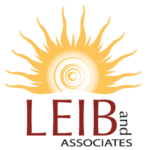 A worrier’s guide to love in the time of COVID

I’ve always been a worrier. When I met Tom in 6th grade, I was already an experienced worrier. We went to middle and high school together, he, a year ahead of me. We had “intersecting friends,” so we knew each other, but not really. We crossed paths many times over the years, and finally found ourselves in the same place at the same time again after both of our marriages had ended.

We were opposites in almost every way, yet we had a lot in common and a shared history. We had different strengths and interests, but together, we laughed a lot, which is a good sign for a worrier like me. When my mom was in hospice and at the end of her life, it was Tom who brought  me food, made sure I ate, and held my mom while the staff changed her bedding. He really saved me.

We bought a house, and finally moved in at the end of 2019, the toughest year of my life…or so I thought. 2020, I assured myself, was going to be great! January looked so promising. Then, news of a novel virus, COVID, was spreading, along with a deep-seeded fear of the unknown.

One morning, I noticed, looking out the window, a dead bird outside our kitchen. This must be a bad omen, I remember thinking, then immediately forcing the thought from my mind. It isn’t; it’s nothing, I reasoned, like one does when they don’t like the answer the Magic 8 Ball gives them. Even as I reconciled the absurdity of ascribing one unfortunate event as a harbinger for another, I felt a great sense of unease, that worry, rising in my throat.

Not a week later, I was taking Tom to Stanford for what we feared was COVID. After 8 hours in the ER room together, I had to say goodbye to him. As they wheeled him off to the ICU, I knew that there was a chance I’d never see him again. I don’t wish that feeling upon anyone, ever.

I went home that morning to an empty house, and worried. I worried endlessly, I sat alone with my fear, I cried, a lot. I talked to my family and friends, a lot. They were my lifeline and kept my sanity intact. Licorice, my cat, was my steadfast companion. Sensing my despair, he sat on my lap all day, and slept next to my head on Tom’s side of the bed each night. He was my life saver.

Things declined rapidly as Stanford raced to determine why a healthy 54-year-old was suddenly in massive heart failure. Giant Cell Myocarditis, and autoimmune disease so rare, Stanford hadn’t seen a case in 2 years. It attacks and kills the heart, quickly. They told me they usually only diagnose GCM in an autopsy, and if I hadn’t brought Tom in the night I did, he would’ve died by morning.

I believe that COVID saved Tom. I’m a worrier, so I took him to what I thought was the best hospital, which it was, because worriers do a lot of research. The heart transplant that he needed was a specialty at Stanford. Many hospitals were not doing heart transplants because of COVID, but Stanford was, and there were many more organs available relative to those who were in a position to transplant them, as well as those who were able to receive them. Tom got what the doctors deemed “a perfect heart” in one day.

Tom’s recovery was nothing short of amazing. From the moment they put the new heart in, even the doctors were amazed at how quickly he bounced back, right onto his mountain bike. We did a ride together, on my mom’s birthday in June, and I made it across a very sketchy, very high bridge, which, for a worrier like me, is a huge accomplishment. We decided that day to get married, quietly, the way Tom wanted, and at Nepenthe in Big Sur, the place I wanted.

That foggy morning, I looked over the cliffs of Big Sur from Nepenthe, one of my favorite places on the planet, and really took in that moment. Here we were, Tom and I, exchanging vows with a masked officiant, Soaring Starkey, and a masked photographer, Brandon Scott. Never how I’d imagined, but always as it should have been.

So, what’s the takeaway here, besides a great story?

I’d like to say that Tom and I cherish each and every moment, and live in the moment all the time, living our best lives all the time, because it sounds so Zen… I don’t, we don’t, because, I’m sorry, that’s not life. Don’t buy that myth. Life is messy, and unfair and, at times, too much to bear. I learned that.

-Science is nothing short of brilliant, and Stanford is indeed a world class institution.

-People can endure a lot of pain and heartache. We are much stronger than we know.

-If life gives you a second chance, take it and run with it

-Have a plan in case you get sick and write down your wishes and those of your loved ones-it’s a good insurance policy at the very least, as my mom would say.

-Love hard and without hesitation-it’s the best part of us. Don’t be afraid of it-it will save you.

-It’s ok to be a worrier -it probably saved Tom’s life. 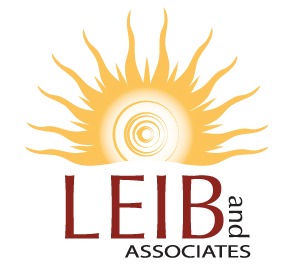 Leib and Associates has 28 years of experience in